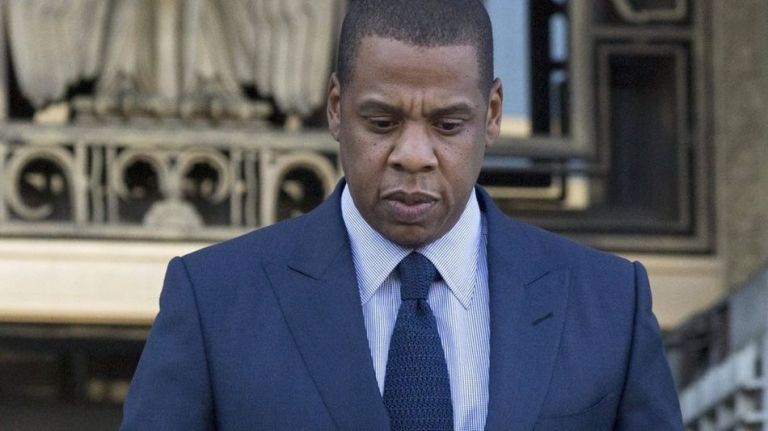 Rapper Jay Z has attended the start of a copyright trial over his 1999 hit Big Pimpin’ in Los Angeles.

The star is accused of using the melody of Egyptian songwriter Baligh Hamdi’s 1957 song Khosara Khosara without permission.

Lawyers for Jay Z and producer hip-hop Timbaland say they secured the appropriate rights to feature the tune in the chorus.

Jay Z is due to testify on Wednesday, along with an expert on Egyptian music.

The case has taken years to get to court, with Hamdi’s nephew, Osama Ahmed Fahmy, first filing a legal complaint in 2007.

Mr Fahmy’s lawyer Peter Ross claimed Jay Z had purposefully avoided asking permission because they knew it wouldn’t be granted because of the risque lyrics used on Big Pimpin’.

“You have to go to the composer himself, or his heirs, play the work, and get his approval,” Mr Ross said. “That he never did.”

He also accused the rapper of violating Hamdi’s “moral rights” – a legal concept he claimed was well-established in Egypt which would have required the musicians to get permission to use elements of Khosara Khosara in a song celebrating a promiscuous lifestyle.

Jay Z’s lawyer Andrew Bart argued that the explicit lyrics of Big Pimpin’ should not be discussed in relation to the trial, as a depiction of the words as “vulgar” and “disgusting” could prejudice the jury against the rapper.

Timbaland’s lawyer Christine Lepera said the producer used Hamdi’s tune – which featured in a 1957 Egyptian film and became a major hit – without realising it was owned by EMI Music Arabia.

But Ms Fahmy argued the payment was inconsequential, and that only Hamdi’s heirs had the right to approve a derivative work of the musician’s composition.

Ms Lepera also denied Big Pimpin’ used major elements of Hamdi’s work, saying much of its music was simple and not subject to copyright.

She added that Mr Fahmy’s legal claim was an “effort to get an undeserved income”.

The trial is the second high-profile musical copyright case, after a federal jury ruled earlier this year Robin Thicke and Pharrell Williams plagiarised Marvin Gaye in their hit Blurred Lines.