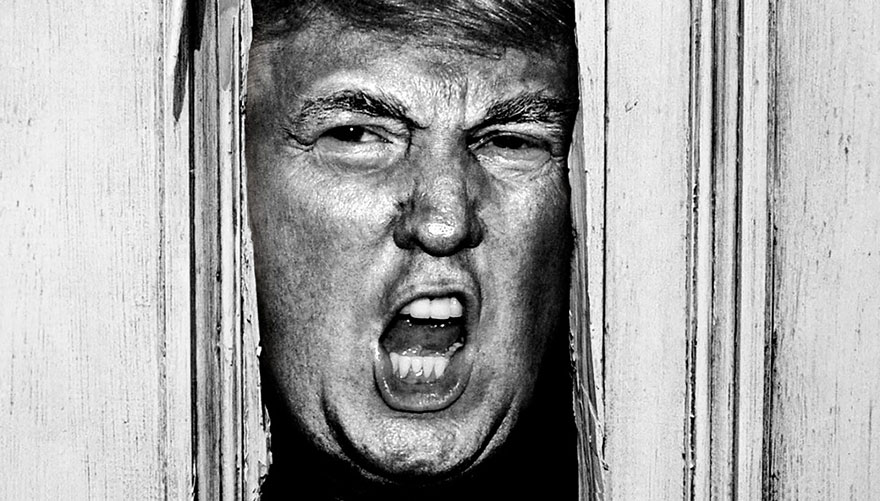 The idea was sparked by am image doing the rounds on the internet which showed the Republican Party front runner in Jack Nicholson’s role in The Shining.
The DesignCrowd.com contest generated fantastic Photoshop artworks, which morphed Trump into scenes from horror movies such as Scream, An American Werewolf in London, Silence of the Lambs, and Alien. 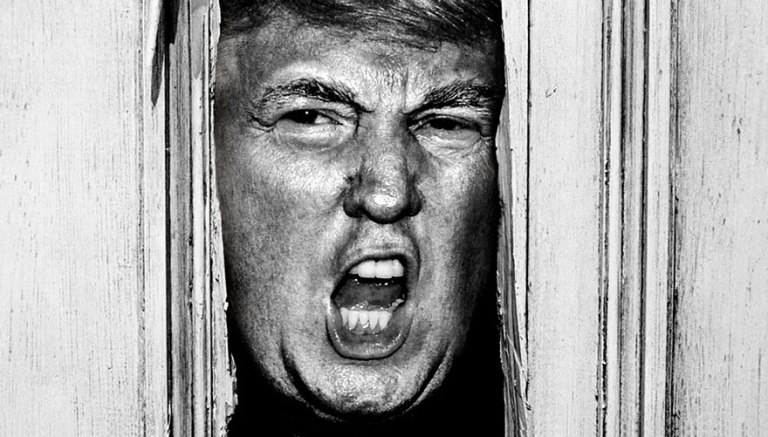 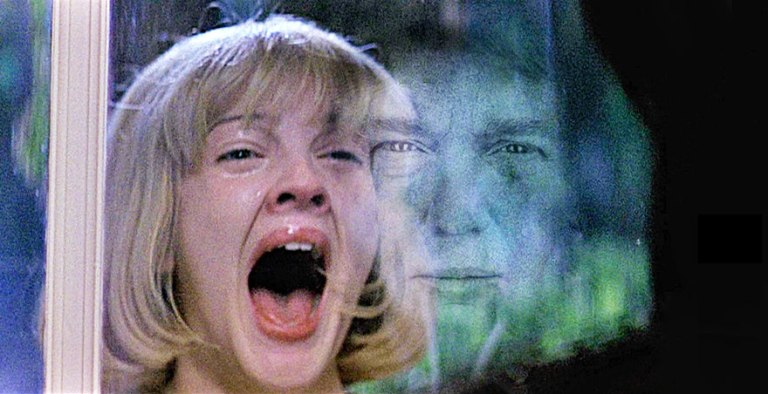 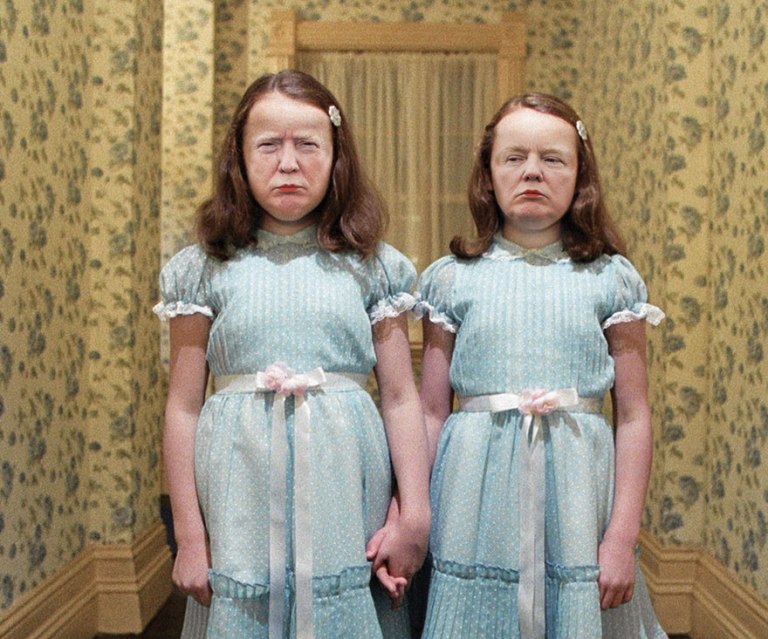 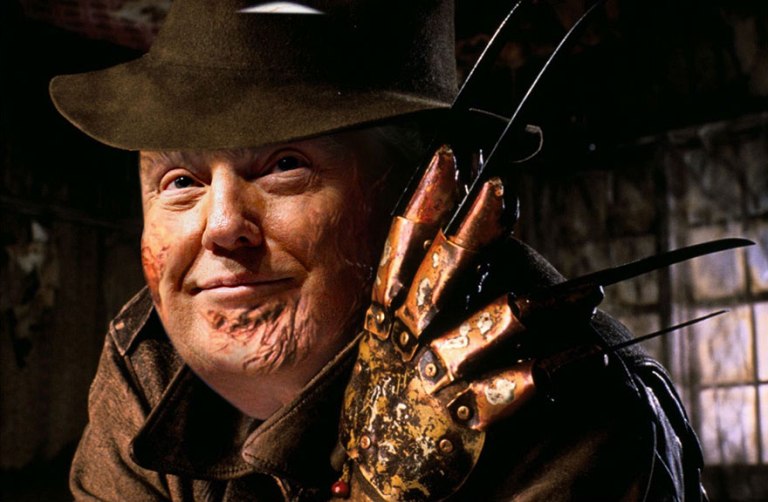 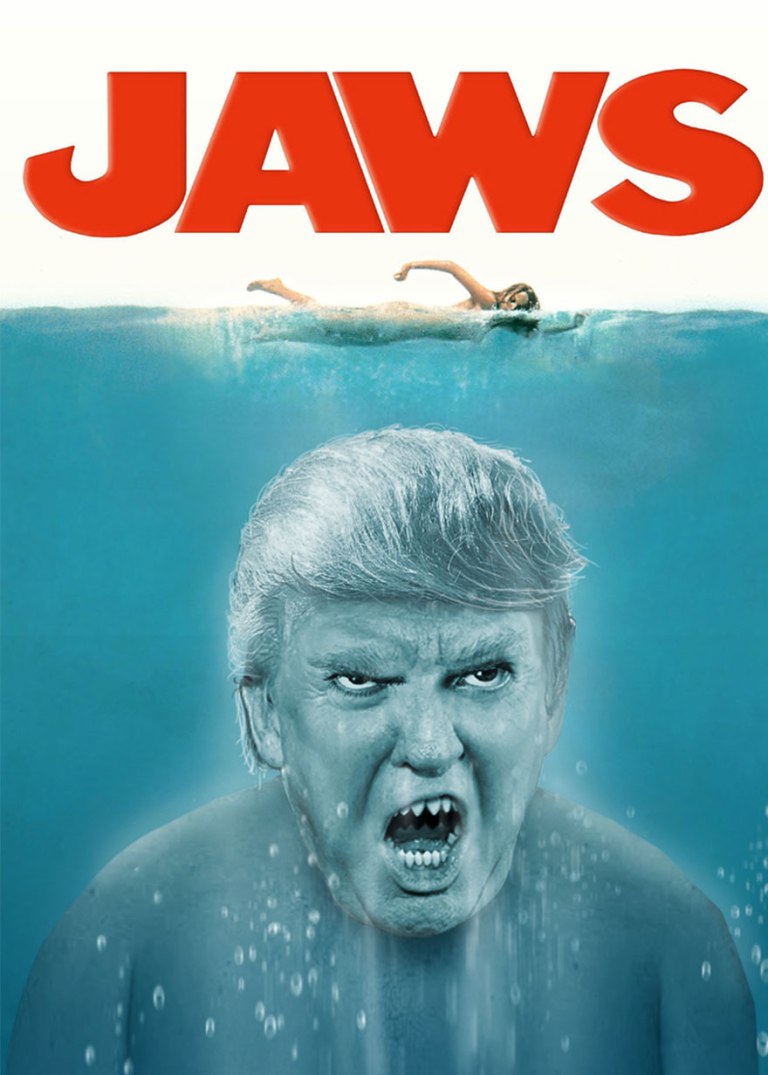 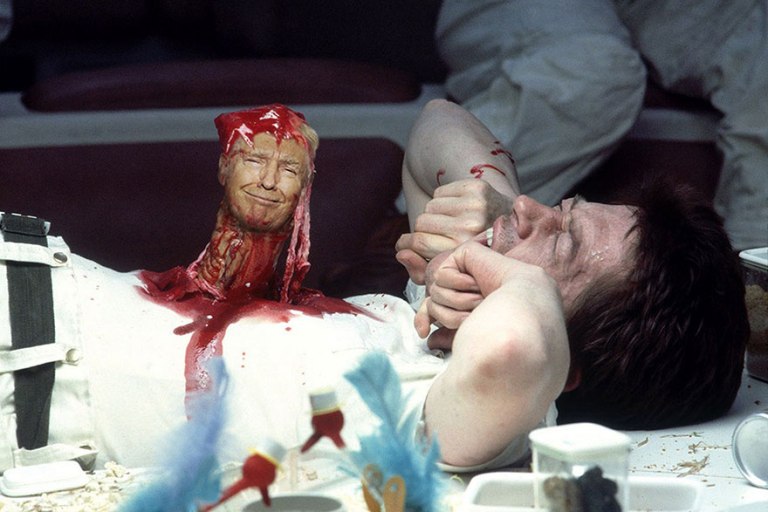 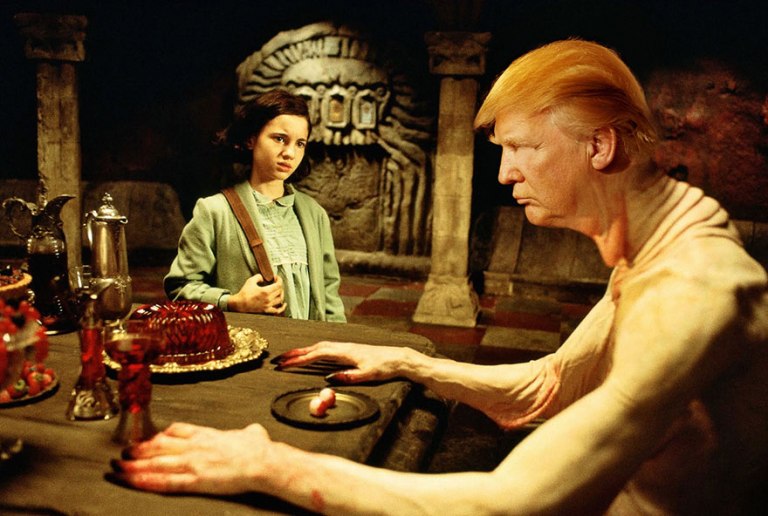 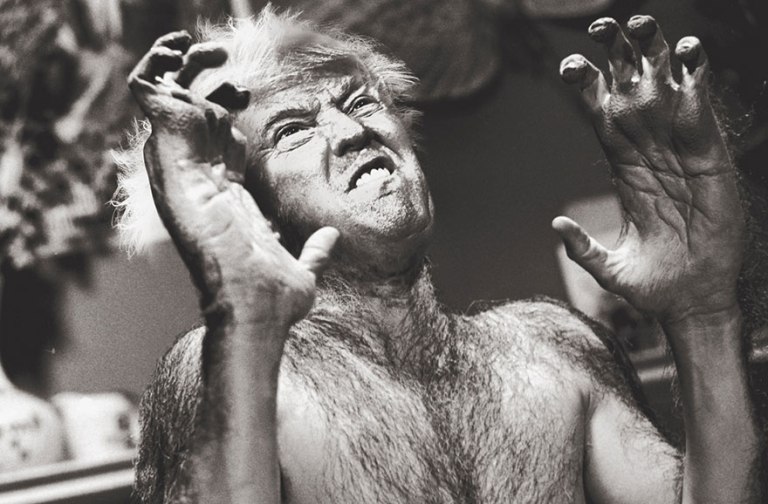 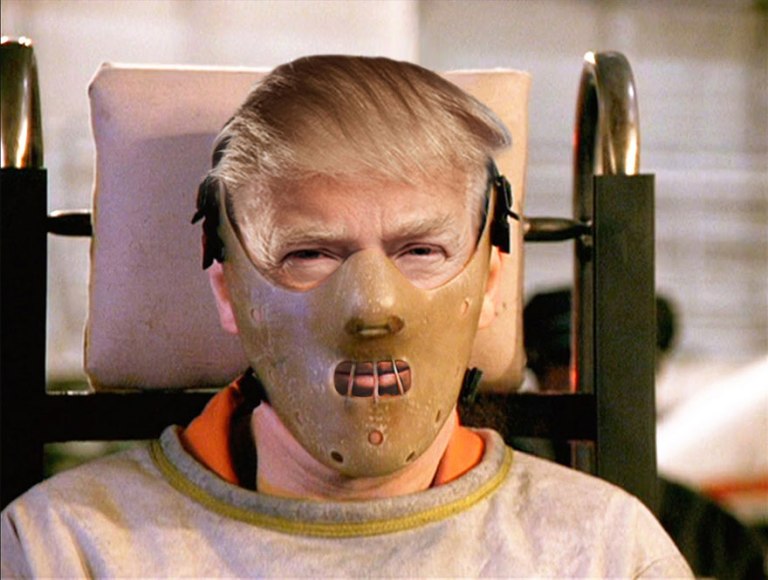 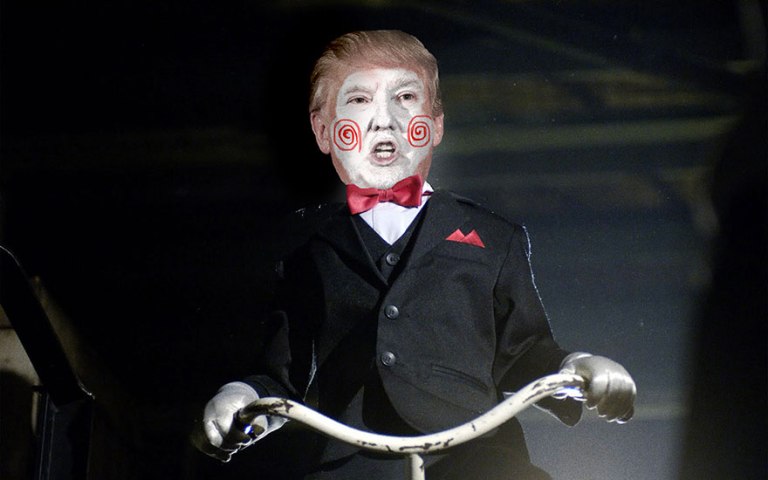 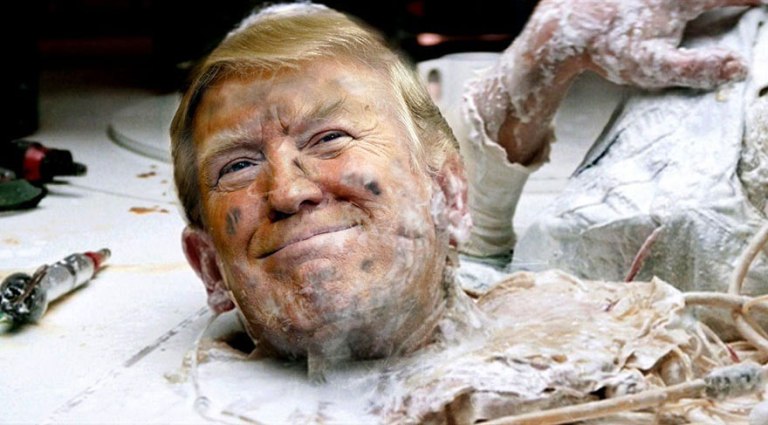