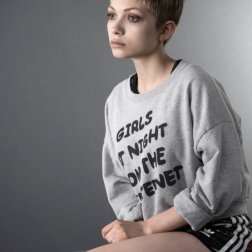 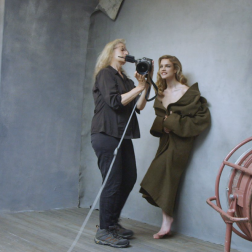 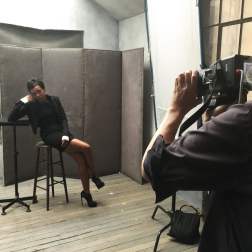 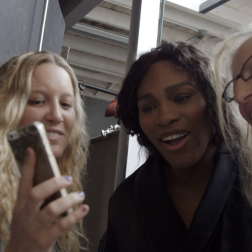 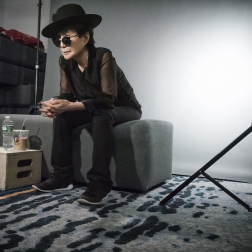 It’s pretty safe to say that 2016’s Pirelli Calendar will be unlike any other before, and the reason is simple. This time around, the project has traded in its tried-and-true formula of exotic locales and the world’s sexiest women for something unexpected: intimate portraits of 13 women who are shaping the world today, clothed and photographed by a female photographer. It’s not just a step in a new direction, but a giant leap. Shot by Annie Leibovitz, who also lensed the 2000 edition, the calendar features Yoko Ono, Patti Smith, Serena Williams, Fran Lebowitz, Amy Schumer, Tavi Gevinson, Ava DuVernay, Natalia Vodianova, Agnes Gund, Kathleen Kennedy, Mellody Hobson, Shirin Neshat, and Yao Chen as the women changing society today.

“I started to think about the roles that women play, women who have achieved something. I wanted to make a classic set of portraits. I thought that the women should look strong but natural, and I decided to keep it a very simple exercise of shooting in the studio,” Leibovitz said in a release. “This calendar is so completely different. It is a departure. The idea was not to have any pretense in these pictures and be very straightforward.” Needless to say, those looking for tropically set nude photos are in for a surprise.

Not that that matters. The gravitas of Leibovitz’s project and the all-star cast of women she gathered to pose for the calendar could make a Pirelli fan out of anyone. “I’ve seen a few of the photographs and they’re striking,” said newly deigned calendar girl Patti Smith. “I have no idea what the average recipient would [think], but I think that they should appreciate a bold move. We’ll see.”

Inviting influential figures for a shoot usually associated with nudity wasn’t as hard as might have been expected. The chance to collaborate with Leibovitz proved alluring for many of the calendar’s subjects and also served as a guarantee that the pictures would celebrate women for more than their sexual appeal. “I think it’s hard to deny Annie’s invitation,” explained Chinese actress and Weibo’s most-followed user, Yao Chen, through a translator. Tavi Gevinson, who had her hair cut into a pixie style on set, echoed Chen’s sentiment, adding, “I feel completely unworthy . . . I’m honored. I think it’s amazing to be a part of this group of women who are being celebrated for so many different things in something that’s traditionally celebrating one thing—which is also great!”

For Patti Smith, the choice to sit for Leibovitz was something of a no-brainer considering their shared history. “It was fantastic because I’ve been shooting with Annie since the ’70s, and so we’ve been through the trenches together,” she mused following the shoot, noting that her favorite photo of herself onstage was shot by Leibovitz. “I was very surprised that I was asked, and I was very proud that I was asked, and I think that Annie is doing something unique and different, and Pirelli is making a bold move,” she continued, adding, “I look at Annie’s project not as a protest, but as a celebration.”

The full calendar won’t be revealed until November 30 in London, but you can get a glimpse of Leibovitz’s celebration of femininity in the exclusive behind-the-scenes photos in the slideshow above.