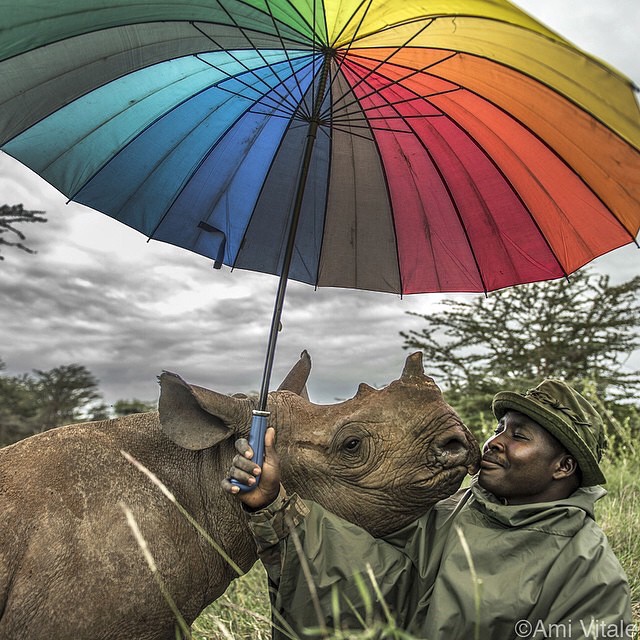 Photo by @amivitale. On Valentine’s Day, I think about Kamara and his love for Kilifi who was orphaned after his mother was poached. Kilifi is an 18-month-old rhino and his keeper, Kamara is currently hand-raising along with two other baby #rhinos at #Lewa Wildlife Conservancy (@lewa_wildlife) in #Kenya. Kamara spends 12 hours every day watching over the vulnerable baby rhinos. He loves these animals like his own children and is part of the reason Kenya’s black rhinos, whose population had plummeted to near extinction, are doing so well here.
Much needed attention has been focused on the plight of wildlife and the conflict between heavily armed poachers and increasingly militarized wildlife rangers. But very little has been said about the indigenous communities on the front lines of the poaching wars and the incredible work they do to protect these animals. They hold the key to saving Africa’s great animals.

One thought on “Kamara the unsung hero.”